The Dangers of Biohazards in the Environment

The Dangers of Biohazards in the Environment

Bio hazardous waste is any waste that contains infectious materials or potentially infectious substances such as blood. Of particular concern are sharps such as scalpel blades, needles, glass pipettes, or any other waste material that may cause an injury during handling.

Biohazard waste must be handled according to federal regulations. When mishandled, biohazard waste poses a threat not only to healthcare professionals, patients, and local community members; it also poses a significant threat to the environment. 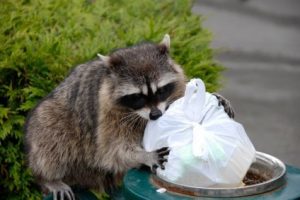 When mishandled, biohazard waste poses a threat not only to the local community; it also poses a significant threat to the environment.

Biohazard waste that is not disposed of properly can end up in lakes, parks, and other wildlife refuges where birds and fauna live. Wildlife are very curious about pharmaceuticals. It is thought they are attracted to the scent or colour of pills and liquid medicine. This curiosity results in digestion of medication, which can injure or even kill the animal.

Much thought and effort has been taken to ensure landfills are built to protect the earth around them. Most are built with a special lining so nearby soil and groundwater cannot become contaminated. Mishandled biohazard waste can compromise even the best landfill design. Syringes and other sharp objects can easily rip the lining. As rain falls, contaminants in the landfill can seep out to the exterior soil, and the groundwater become toxic.

Certain medical waste can be destroyed by incineration. But, if not ignited properly, pollutants can move through the air. Airborne pollutants can be worse than land-based types because they can spread far and wide and quickly.

Biohazard waste poses serious risks. As such, biohazard cleaning and biohazard removal and must be handled and disposed of properly.

Do you need help managing, removing or disposing of your medical waste? Australian Forensic Cleaning can assist with the management, removal, transportation and disposal of regulated medical waste. Contact us today to learn more.

About the Author: admin

We use cookies on our website to give you the most relevant experience by remembering your preferences and repeat visits. By clicking “Accept”, you consent to the use of ALL the cookies.
Cookie settingsACCEPT
Manage consent

This website uses cookies to improve your experience while you navigate through the website. Out of these, the cookies that are categorized as necessary are stored on your browser as they are essential for the working of basic functionalities of the website. We also use third-party cookies that help us analyze and understand how you use this website. These cookies will be stored in your browser only with your consent. You also have the option to opt-out of these cookies. But opting out of some of these cookies may affect your browsing experience.
Necessary Always Enabled

Performance cookies are used to understand and analyze the key performance indexes of the website which helps in delivering a better user experience for the visitors.

Analytical cookies are used to understand how visitors interact with the website. These cookies help provide information on metrics the number of visitors, bounce rate, traffic source, etc.

Advertisement cookies are used to provide visitors with relevant ads and marketing campaigns. These cookies track visitors across websites and collect information to provide customized ads.

Other uncategorized cookies are those that are being analyzed and have not been classified into a category as yet.

SAVE & ACCEPT
Go to Top